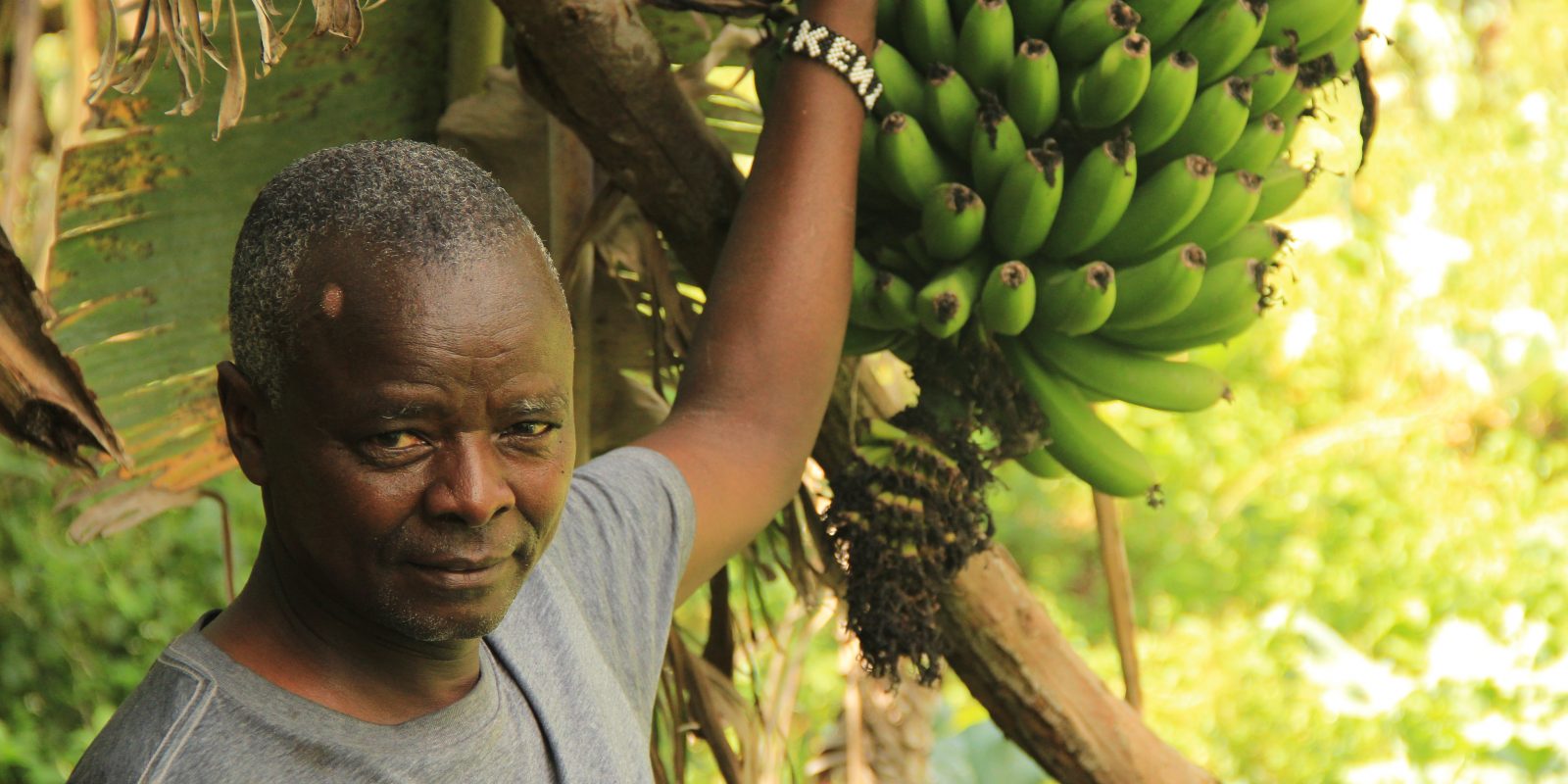 Peter has a 3 acre tea farm at at Sireet-OEP in Nandi Hills, Kenya. As part of the Centre of Excellence Peter has been supported to diversify his income by introducing new crops and establishing them as additional enterprises on his farm.

Training: Initially, Peter was supported to access training and information services to establish tissue-culture banana and beekeeping enterprises on his farm.

Finance: In 2018, Peter received a $1,300 loan from the ROTA fund to purchase the inputs and launch his banana and honey enterprises.

Data: Peter has been collecting records and has a weather station on his farm, enabling him to correlate productivity, weather and income data.

Market Access: Youth coordinators have helped to create links to local markets, and they transport and sell Peter’s bananas and honey for him.

Peter has now been able to pay back his entire ROTA fund loan and his honey and banana enterprises have increased his overall income by 62%. With the new co-branded products being launched in 2019, Peter hopes to invest in additional beehives and sell even more honey.