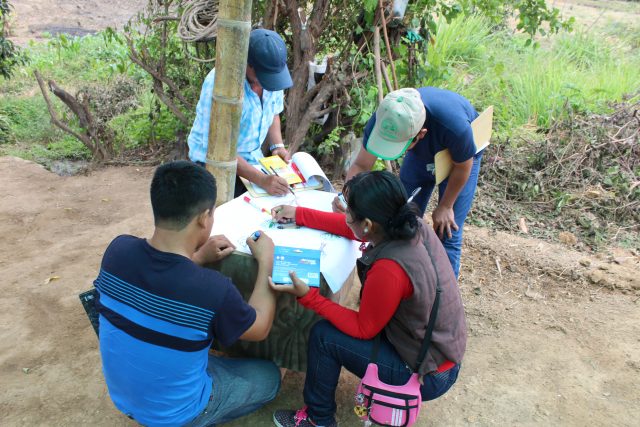 Since 1923, the first Saturday of July is the date to commemorate Cooperativism as it is the the International Day of Cooperatives. Though this day focusses on a different and relevant thematic each year, 2020 being Climate Change, it should allow us, considering the defiant context, to look back at how Cooperativism came to be and why it represents an organizational structure that challenged the status quo on the relationship between workers, a fair wage and working conditions, and the option to have a say in the business if a member. To date, according to the United Nations and the International Cooperative Alliance, there are 3 million cooperatives in the globe which employ around 280 million people.

It was during the late 1700s and mid 1800s that new forms of workers’ associations came to be, initially in Europe, but soon it would propagate to other regions were, it is worth mention, different forms of collaborative work had been in place prior to colonization. In Peru for example, the Inca civilization had exercised different collaborative and communal forms of work such as the Ayllu, Ayni and Minka. However, and in particular looking at the peasant and agricultural communities, which in Peru makes close to 30% of the cooperative type, during and after colonization, these forms of community-based collaboration were eradicated and a exploitative relationship between land-owners and land-workers were established.

Building on the spirit of cooperative work and the demand for a fair share of income, cooperativism defies this exploitation and also the enrichment of few at top at the expense of the majority at the bottom and it looks at eradicating the middle man which would usually get more income than the producers themselves. As such, while in Peru the Cooperativism movement, as we know it nowadays, had different waves and it was a social figure of organization pre-colonization, it only reached legality in 1964. However, it was not until the First Agrarian Reform lead by Velasco Alvarado, in 1969, that the exploitative, almost slavery-based, relationship between the land-owners and the land-workers, the peasants, was rebelled against. This is probably an important moment to look at, as it represented the beginning of a shift in the development paradigm and the role of social organization from a democratic lens.

According to the International Cooperative Alliance (ICA), founded 125 years ago, cooperatives can be defined as an autonomous association of people that, voluntarily, have decided to work together in order to satisfy their needs and  social, cultural, economic aspirations shared. How do they do it? Through the creation of an enterprise/company that is co-owned by them and democratically governed.  Cooperativism can be a true democratic form of organization as it fights poverty and creates wealth to be shared equally between its members, “(…) this results from the co-operative principle of members’ economic participation: ‘Members contribute equitably to, and democratically control, the capital of their co-operative.’ Because co-operatives are people-centred, not capital-centred”,  they do not perpetuate, nor accelerate capital concentration and they distribute wealth in a more fair way” (United Nations).

Though working in development does not make organizations particularly democratic, it is well-known that top-down approaches resonate across the sector, I dare to postulate that Cooperativism and sustainable development are intrinsically connected. Furthermore, the social, economic and environmental commitments to their communities and the global community, accounts for a true form of sustainability. Perhaps it is then possible to say that Cooperativism is not only capable of challenging socio-economic structures thought to be fixed, but also transform them.

During the last 5 years, it has been a true privilege to be able to directly work and learn from the Cooperative movement and the agricultural world in Peru, Latin American and East Africa, were Producers Direct has over 38 partner organizations. These organizations and its members are truly inspiring as small-holder producers are not only the driving force of the cooperative values, but also the true pioneers of bottom-up and participatory principles of transformation which guide our vision of what sustainable development stands for and deeply represents our (shared) identity.

Thank you to all Cooperativistas. On the International Cooperative Day, we commemorate your hard work and celebrate the cooperative movement values that shape our own.